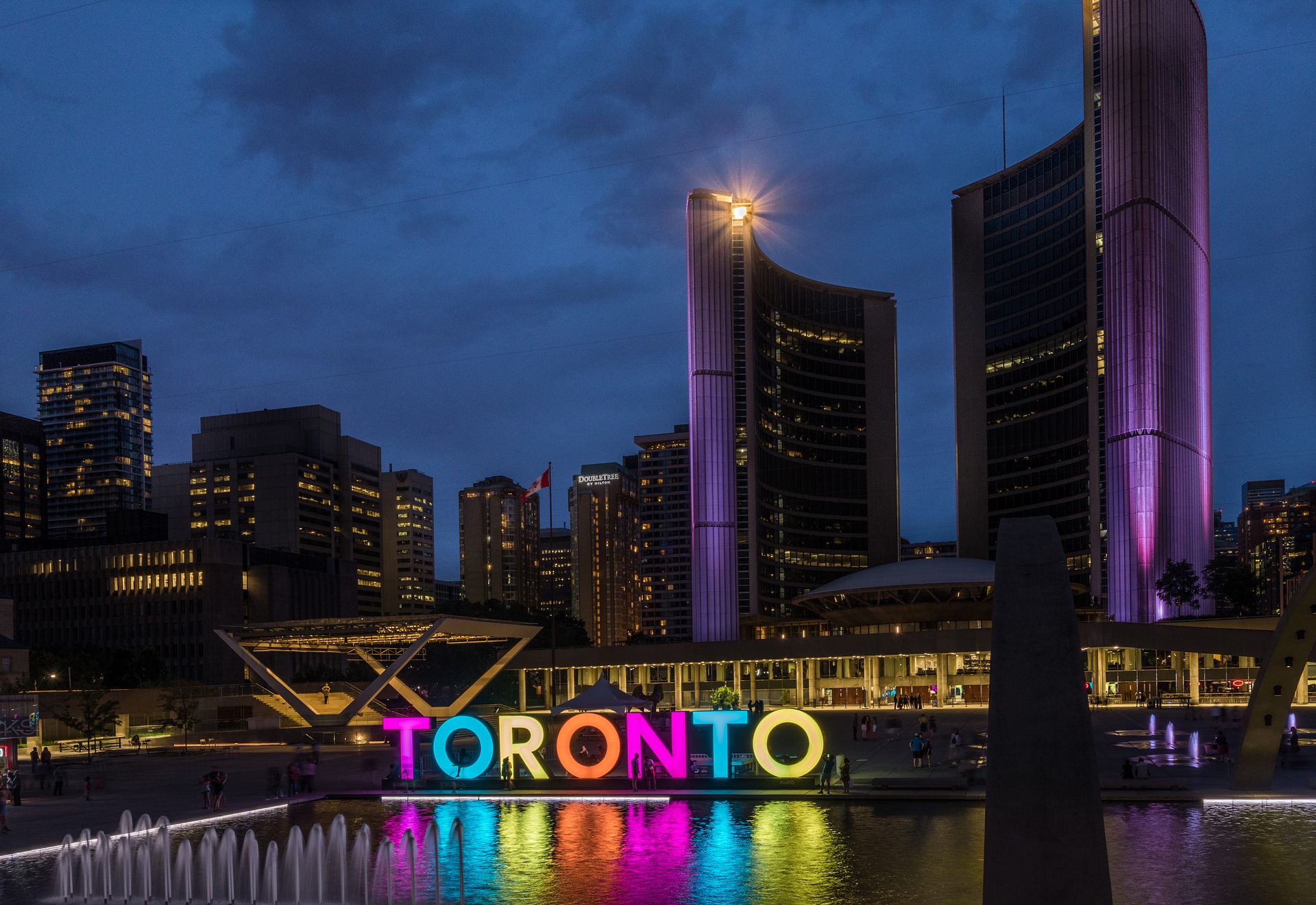 So does this mean Toronto is simply unaffordable? Or that the real estate market is unstable?

No. The fact is, real estate is a far more stable investment than stocks. And we can see this in the very recent, record-shattering stock market plunge.

While the stock market is liable to sudden plunges, Toronto’s real estate has remained steady and secure

Then what’s behind Toronto’s soaring home prices? According to Yahoo Finance, Toronto is a very attractive destination for families, immigrants and, due to the low Canadian dollar, investors.

(For more information on Tax Rebates for Chinese and Hong Kong home buyers, check out this previous post).

So where can you find affordable housing in Toronto? The Canary District is a mixed-use community in Toronto’s West Don Lands.

Located on Front and Cherry Street, the project originally served as an athlete’s village during the Pan Am Games. In other words: it’s a part of Canadian history.

The Canary District once held the 2015 Pan Am Games (Image Credit: By TorontoGuy79, Wikimedia)

Since 2015, the village has undergone an amazing transformation, adding condos, townhouses, retailers, parks and restaurants.

In fact, 20% of the Canary District consists of affordable rental housing. The community is also home to different family sizes, income levels, and age groups, highlighting its diversity and affordability.

Housing ranges from single condo units for individuals and couples to 3-4 bedroom homes for families. And to keep prices low for first-time homeowners, 5% of residences are earmarked as “affordable ownership units.”

(For more information on tax credits for first-time home buyers, check out this earlier post). In addition to condos, the Canary District also has student housing for those attending nearby George Brown College.

As you can see, the neighborhood is all about affordability.

While most of the Canary District is sold out, there’s good news for anyone looking to buy.

The developer (Dundee Kilmer) is adding thousands of new homes to the area.

This includes Canary Block, a 12-storey condominium with 187 residential units, and Canary Commons, which consists of 43 townhouses and 387 condo units spread out over two towers.

Since the Canary District has its roots in sports, there’s a strong emphasis on fitness and exercise. 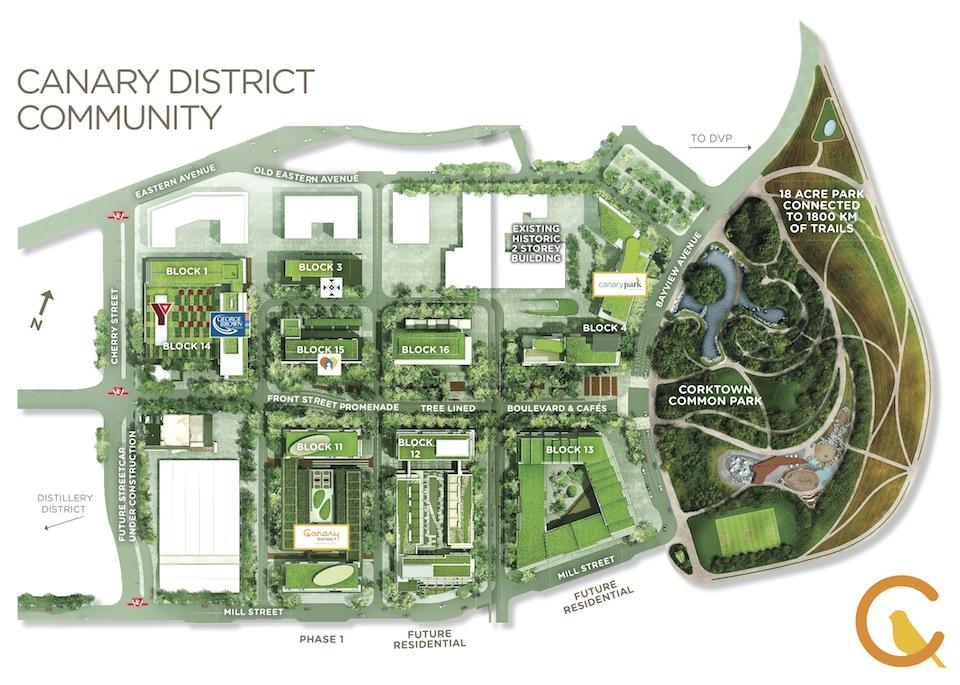 This site plan focuses on green-spaces and healthy living

The 82,000 sq. ft. YMCA centre is just one example. Others include green-spaces like the 180-acre Don River Park, and the 18-acre Corktown Commons, a community park and children’s playground.

But that’s not all….

The Canary District and West Don Lands development has been called “a tour de force…intelligently planned.”

In fact, America’s Urban Land Institute recently awarded it their medal of excellence.

They point to such features as its green-spaces, pedestrian-friendly streets, housing for all ages and income levels, amazing transit, and sustainability. 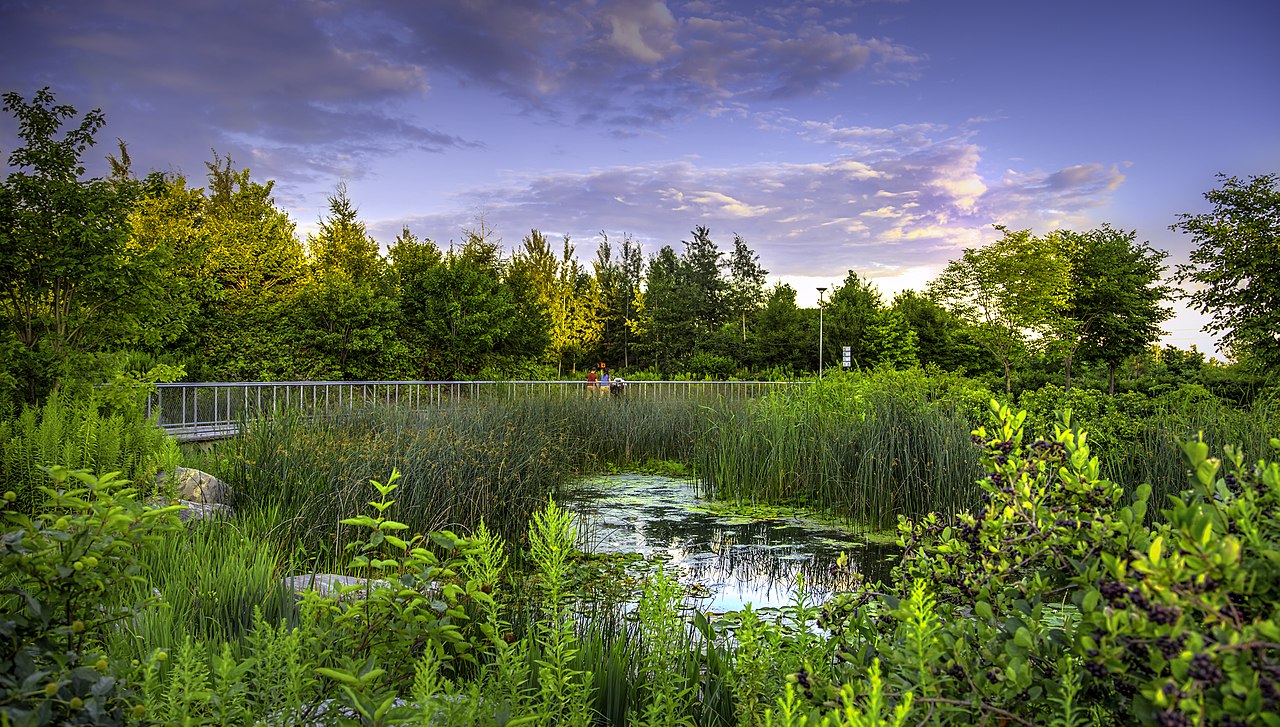 And unlike most of Toronto, streetcars run along the roadside rather than cut through the middle. 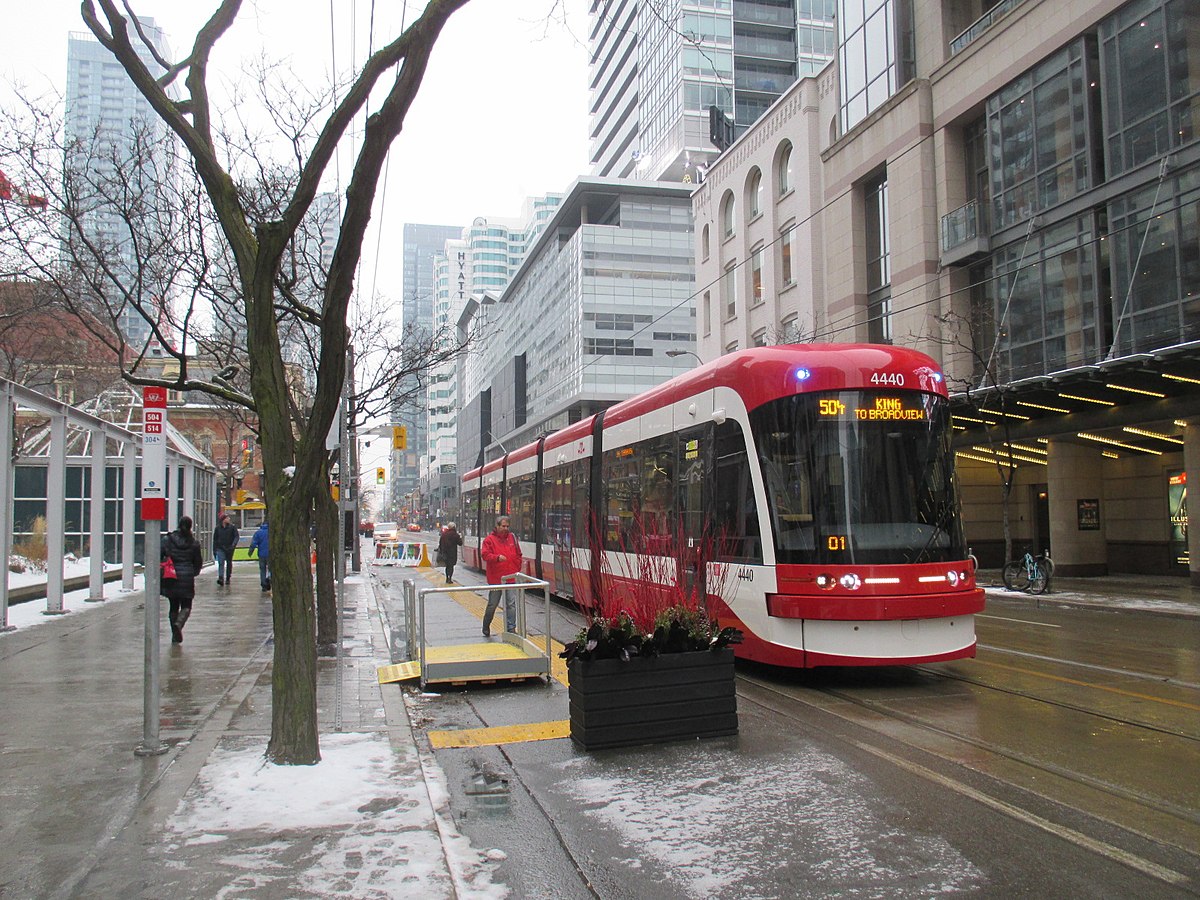 The Canary District eases traffic by consigning streetcars to the roadside instead of the middle (Image Credit: TheTrolleyPole, Wikimedia) 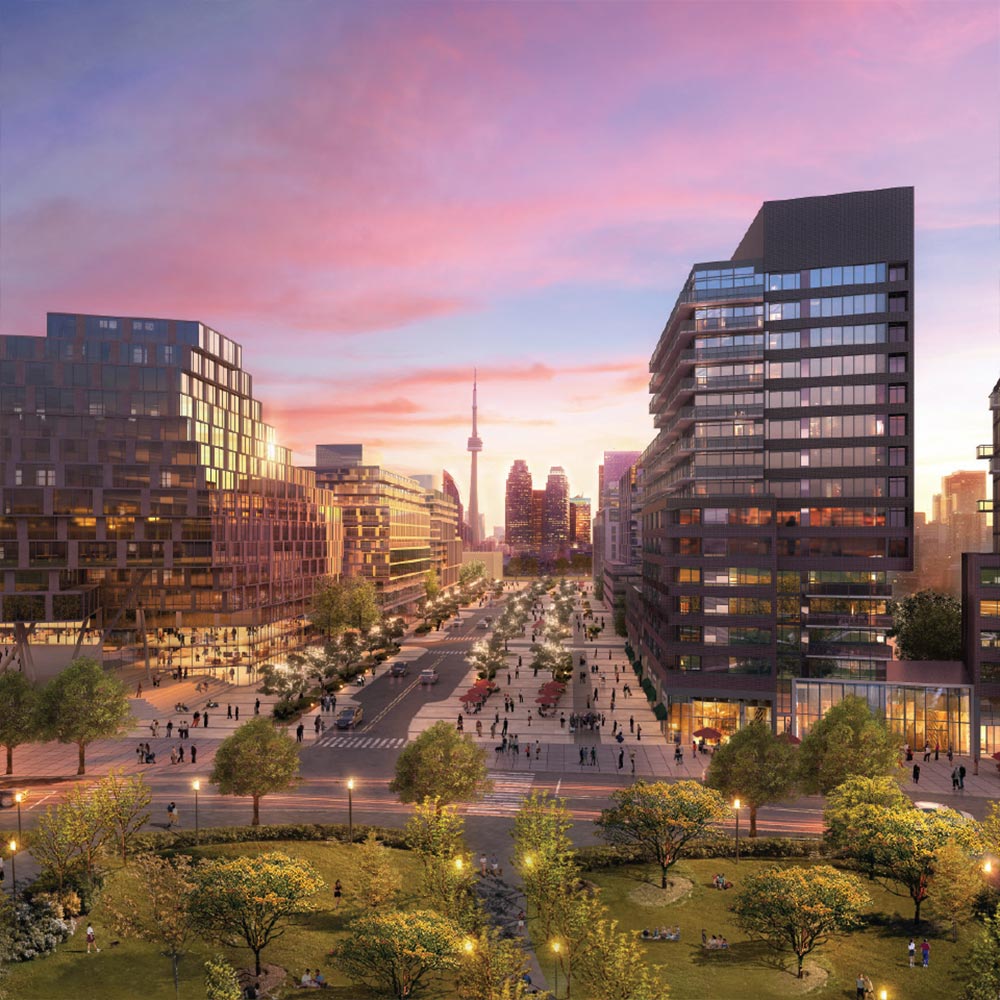 Sunsets and lovely greenery await residents of the Canary District

While Toronto home prices have jumped 119% in 10 years, many neighborhoods are still affordable.

So if you’re looking to buy, it’s better to act now before it’s too late.