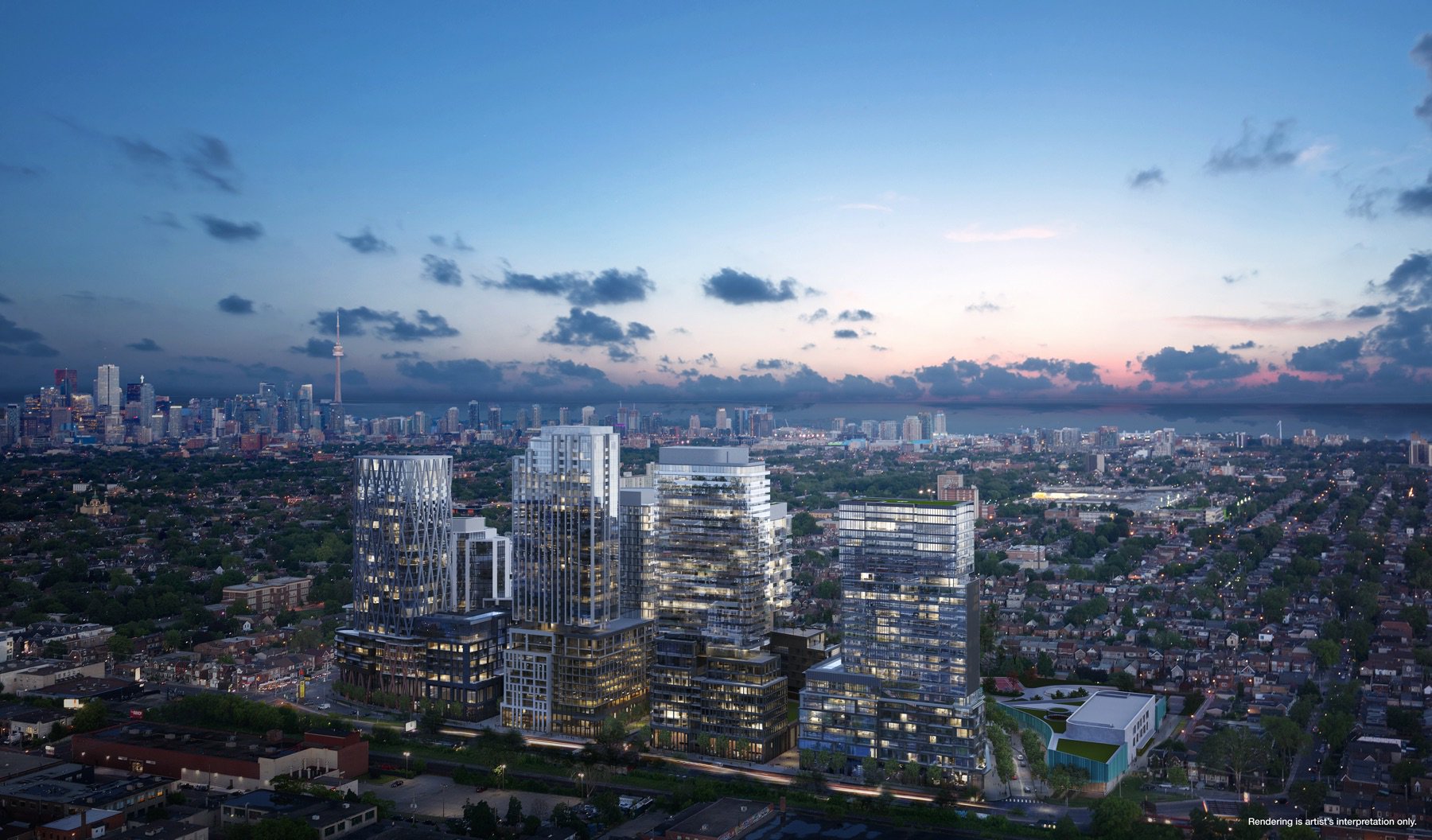 Galleria On The Park is a multi-condo community on Dupont and Dufferin.

Galleria On The Park – Building Details

About Galleria On The Park Condos 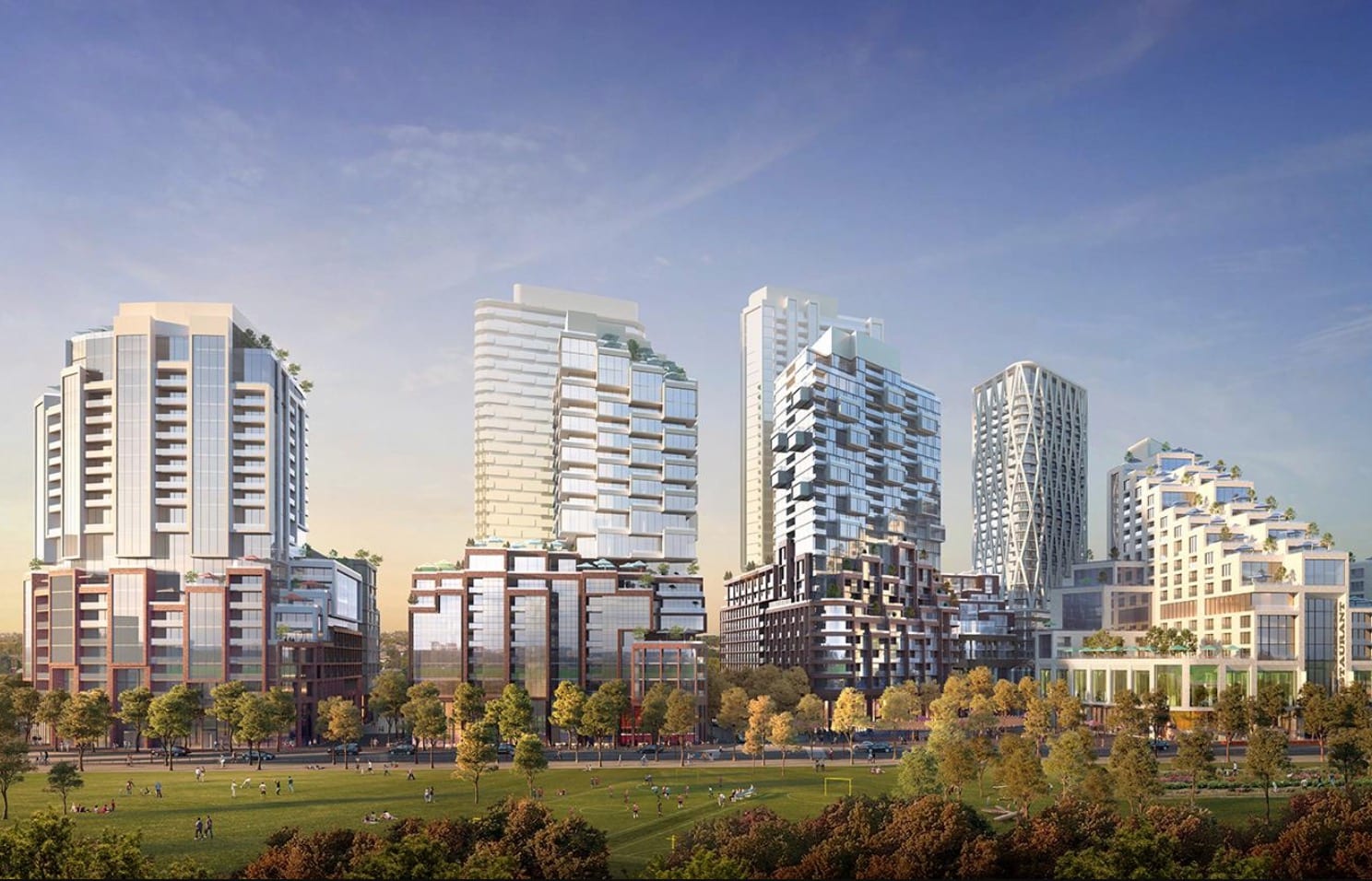 The scale of Galleria is unprecedented.

Those are just some of the words that describe Galleria On the Park.

The preconstruction project is a 12-building, mixed-use, master-planned community at the intersection of Dupont and Dufferin. 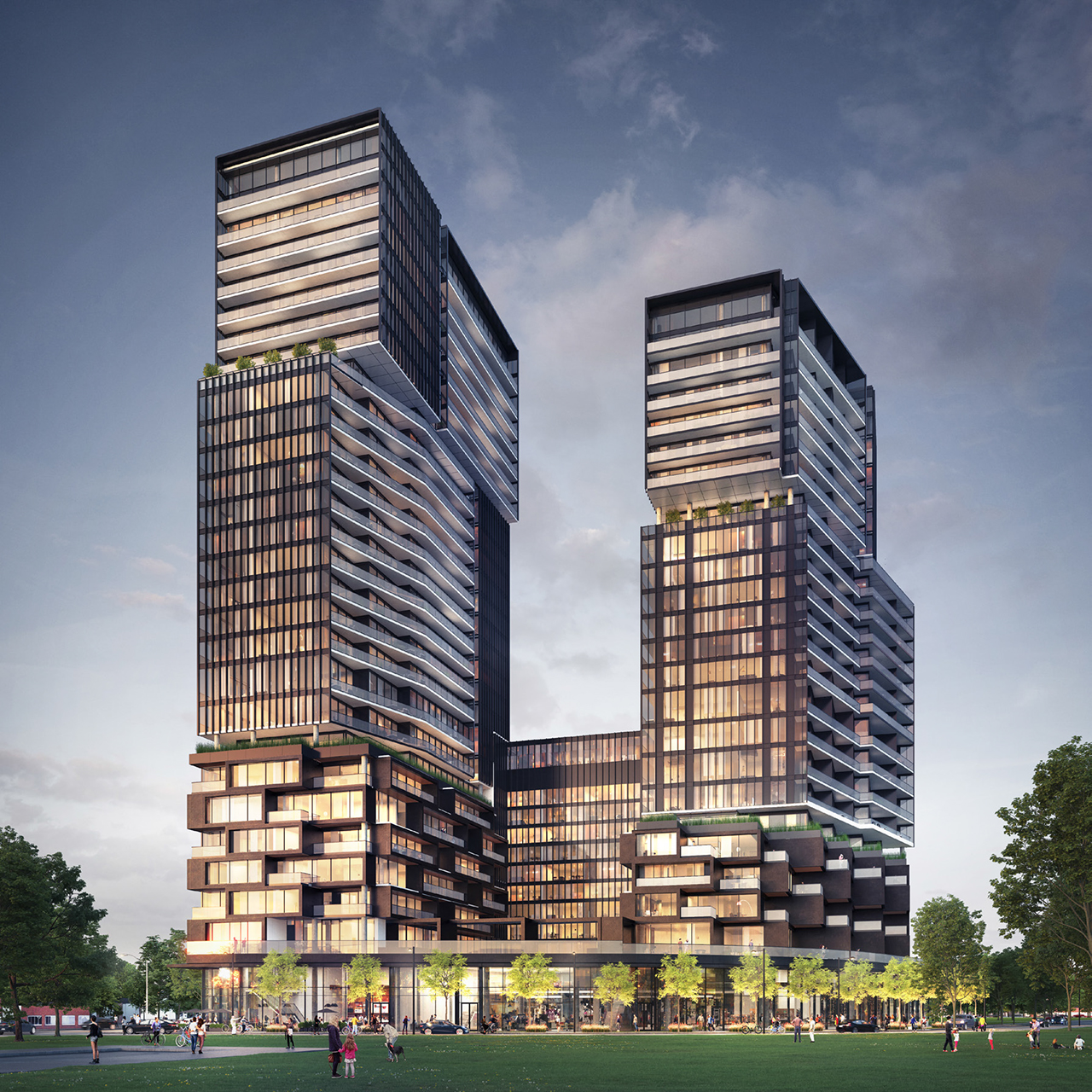 Live, work, shop and relax—you can do it all at Galleria.

Galleria On The Park Condos – Design

Galleria Condos is so vast and so ambitious that it requires the efforts of 3 architectural firms.

Hariri Pontarini, CORE Architects and Perkins + Will are teaming up to design the master-planned community.

Their work spans 19-acres, 7 blocks and consists of a dozen structures ranging from 3 to 42-storeys.

The buildings themselves are very modern, using plenty of glass, dark steel and angular geometry. 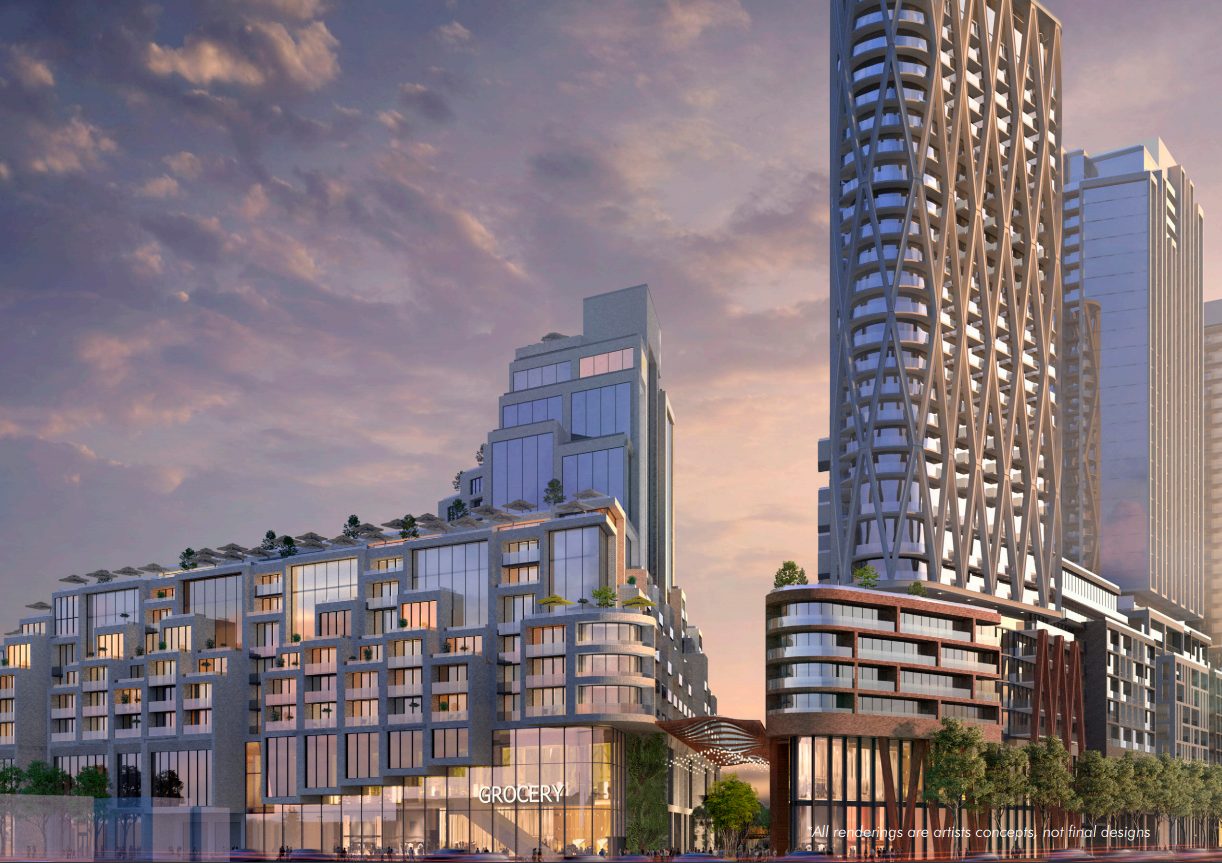 Galleria is heavy on sharp lines and boxy balconies, as well as diamond, square and rectangular shapes.

While Galleria is both stylish and contemporary, it’s still rooted in the past.

For example, it’s being built on the site of the historic Galleria Shopping Centre (hence its name Galleria Condos). 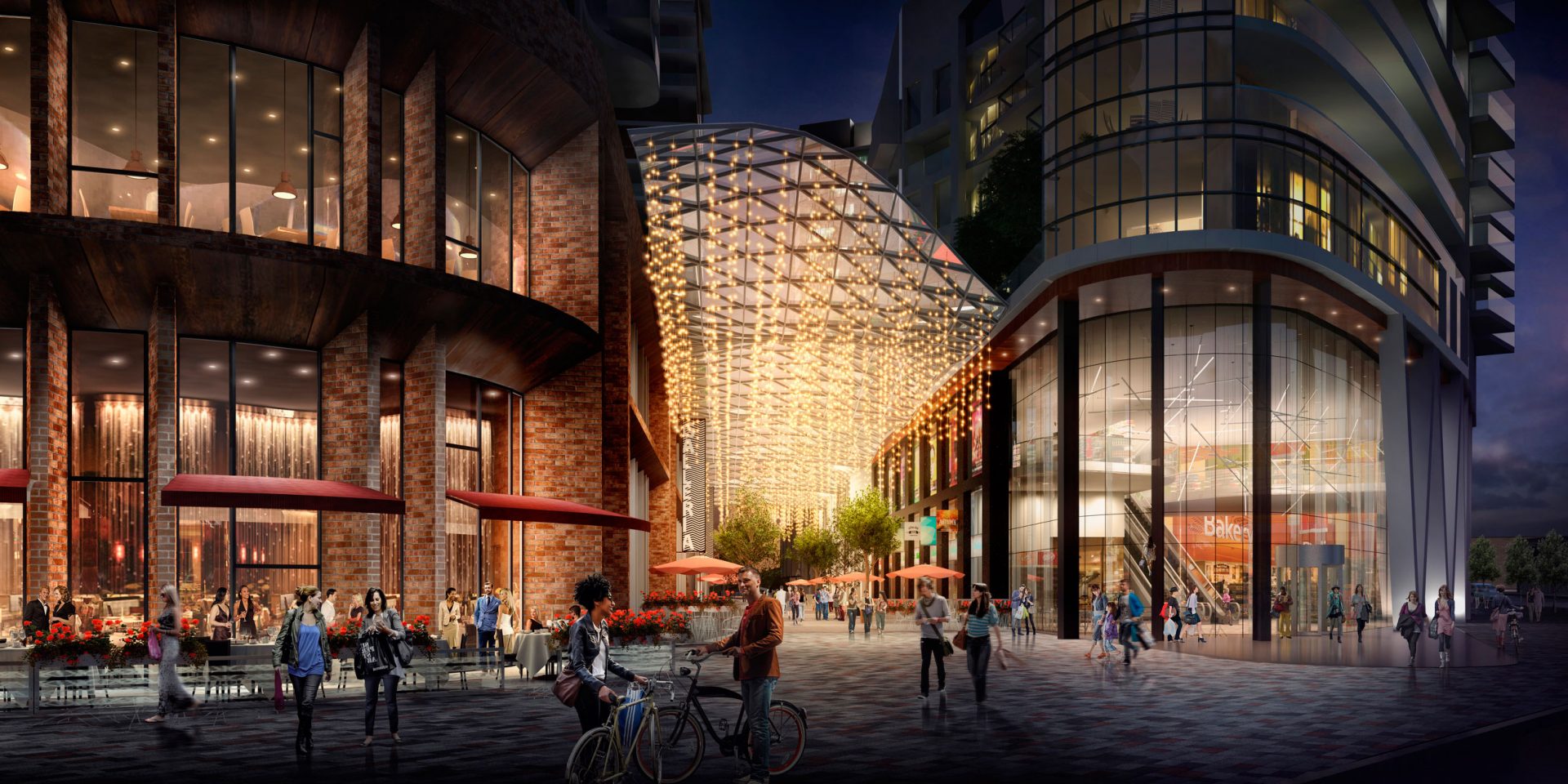 The old shopping centre (around since the 1970’s) is being rebuilt for a modern age.

But that’s not all.

The design also incorporates many of the mall’s old stores, extends Wallace Emerson Park, and almost doubles the size of the existing community centre. 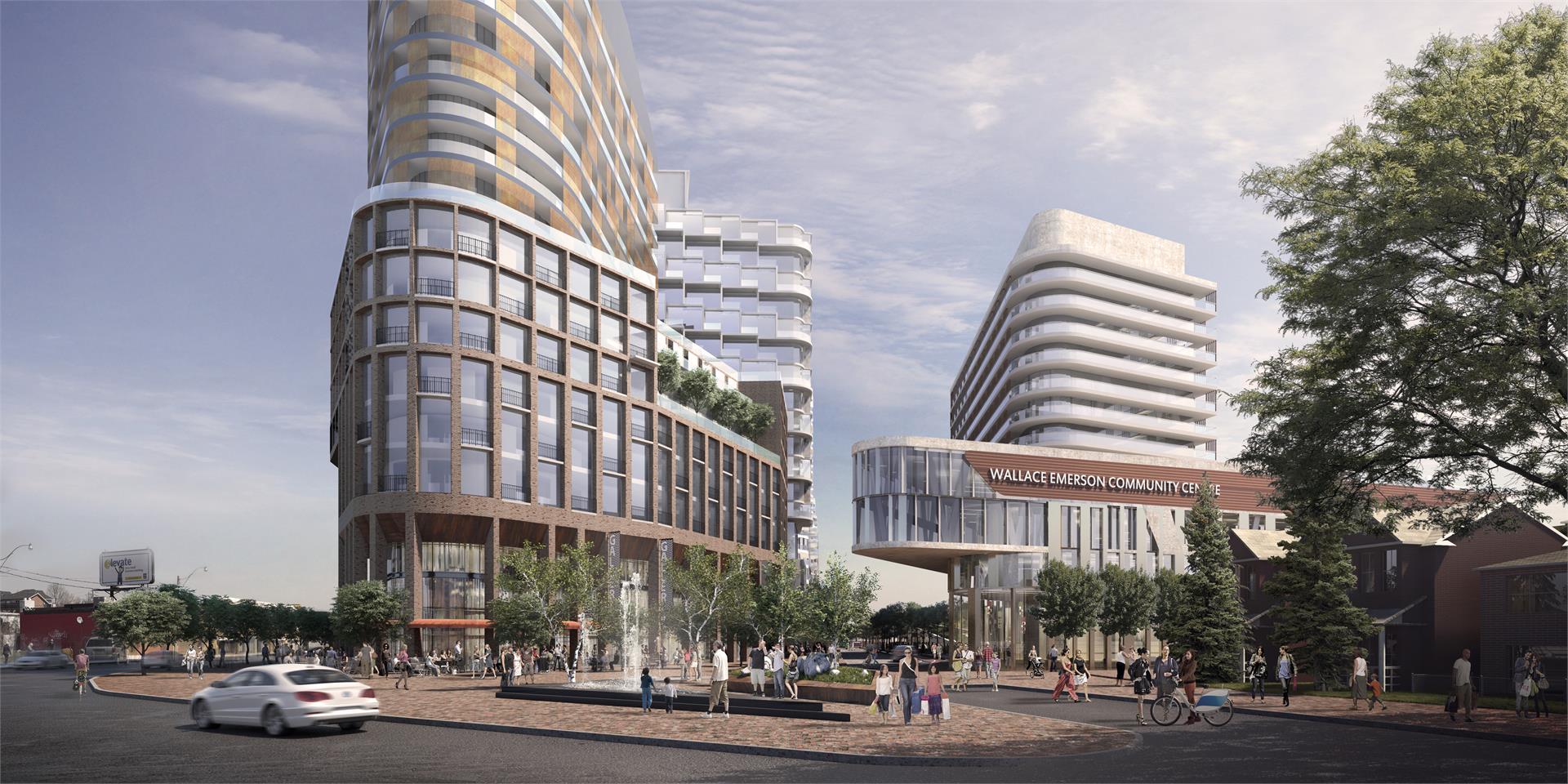 Rather than tear down the past, Galleria Condos expands and builds upon it.

Another crucial element of Galleria On the Park is the “park” part.

Besides Wallace Emerson Park, which is swelling to 8-acres, Galleria is also minutes from Dovercourt Park, Christie Pits and Pelham Park.

In fact, 25% of the development is devoted to green spaces!

Galleria On The Park Condos – Interiors 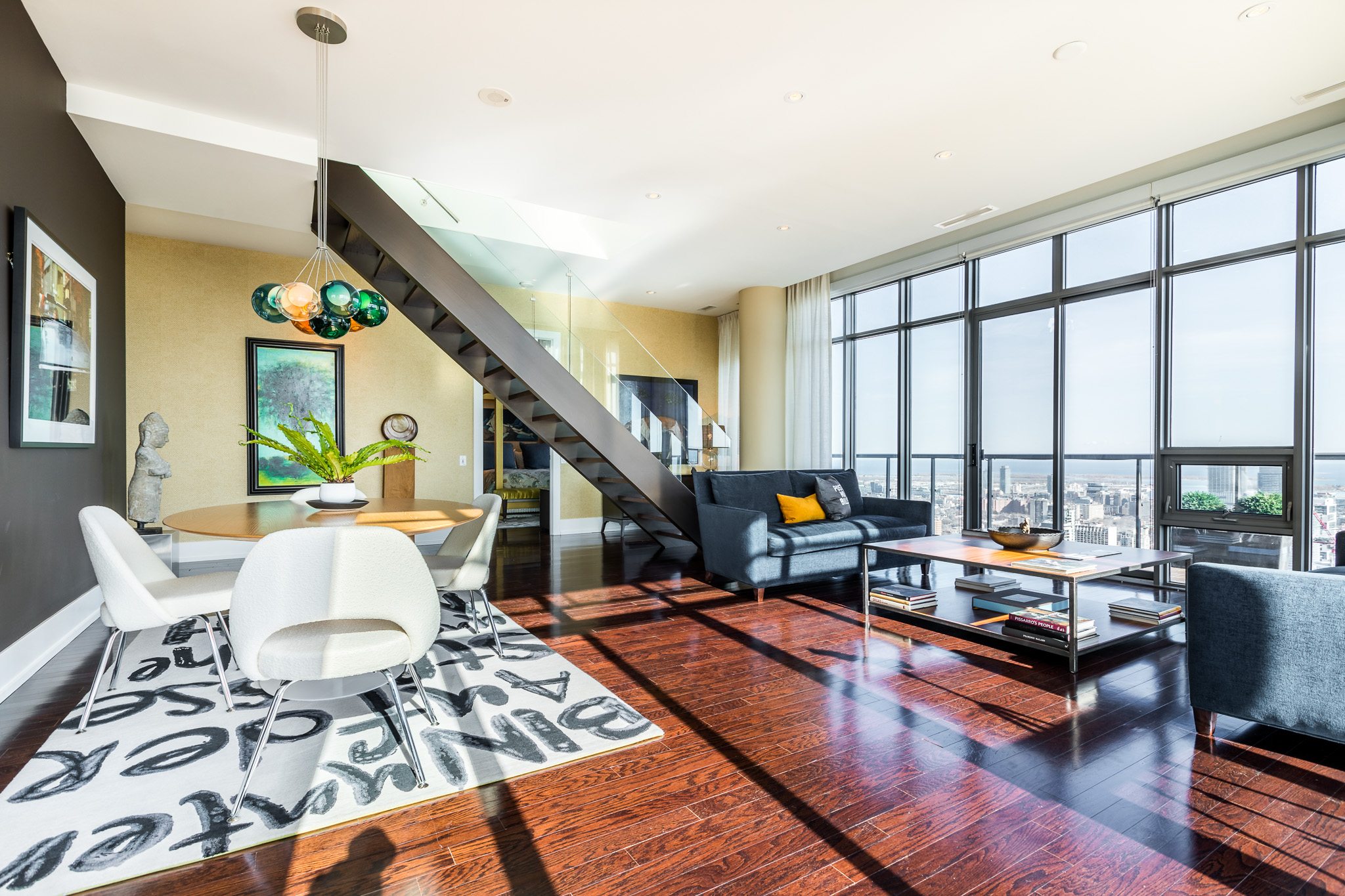 Galleria’s interiors are being designed by the team at U31.

Suite details remain scare, but here’s what we know so far:

Galleria On The Park Condos – Amenities

A master-planned community such as Galleria has amenities to match (Pixabay).

About Dupont and Dufferin

Galleria Condos is located at the intersection of Dufferin and Dupont in Toronto’s West End.

The neighbourhood has a thriving arts and creative community, a rising tech sector, and a wide variety of shops, restaurants, bistros and breweries. 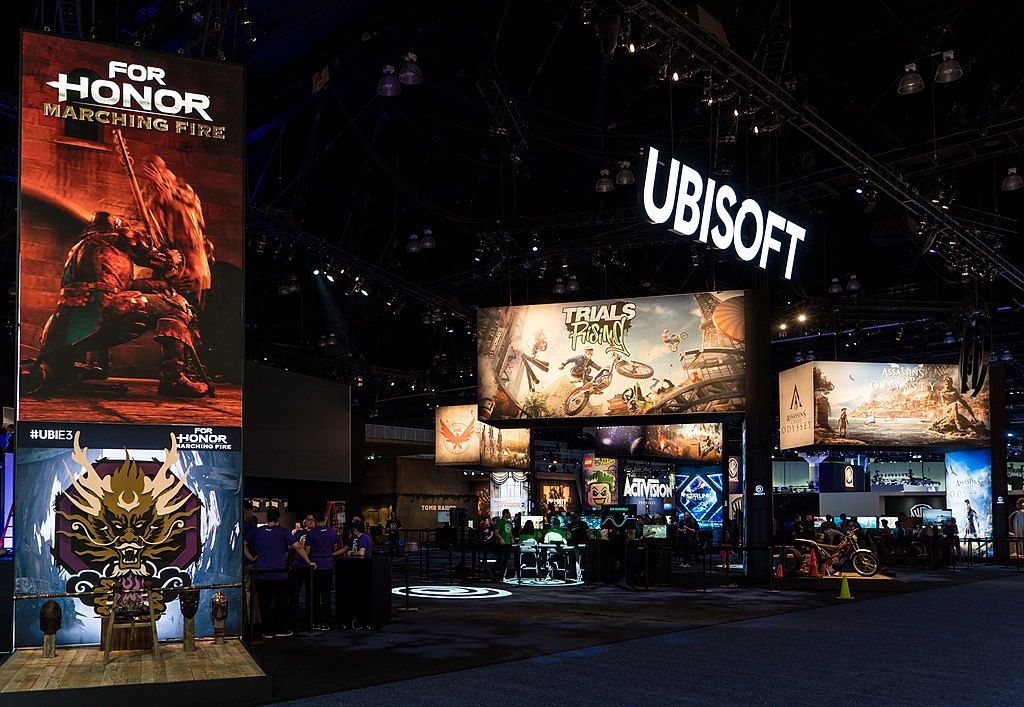 Video-game giant Ubisoft is one of many tech companies operating around Dufferin and Dupont (Sergei Galyonkin, Wikimedia).

When it comes to shopping, Galleria residents don’t have to go far.

They can enjoy over 300,000 sq. ft. of on-premise retail, including several of the mall’s existing stores and services. 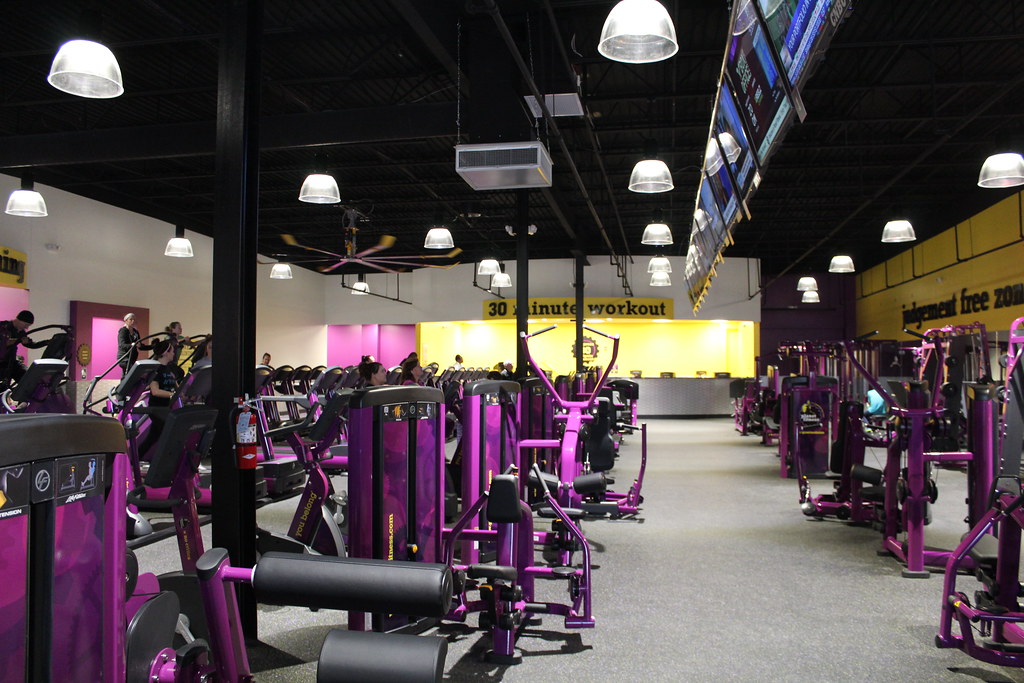 In addition to the Galleria Shopping Centre, the neighbourhood is also home to countless big and small retailers.

For example, The Spot, Dufferin Mall and Stock Yards Village are all less than 10-minutes away. 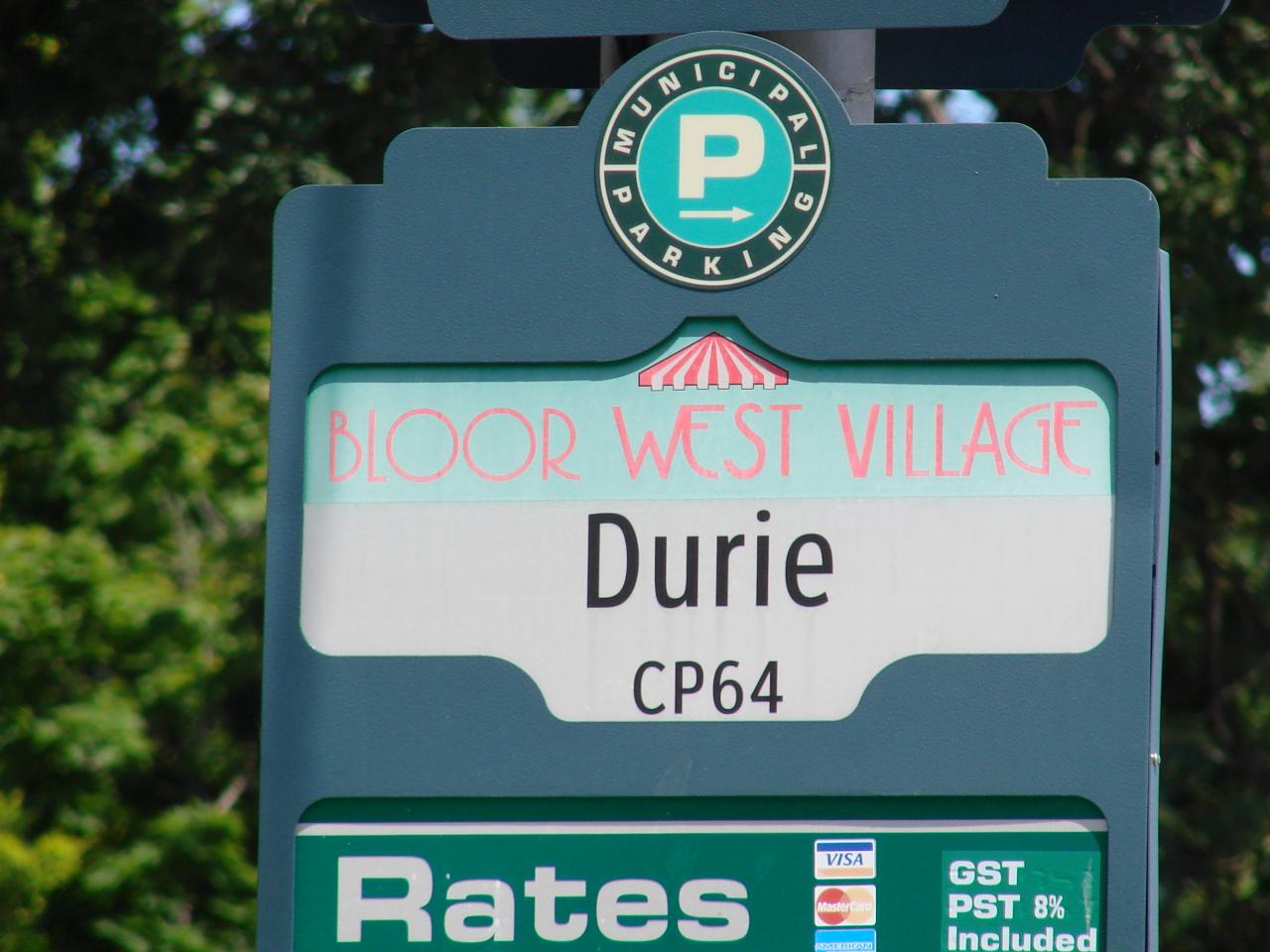 An 11-minute car ride takes you to Bloor West Village, a shopping district with 400+ stores and restaurants (Jose, Flickr).

Speaking of food, Dufferin and Dupont has tons of multicultural eateries. Dufferin and Dupont is also packed with bars.

Besides typical pubs such as Boo Radley’s or The Caledonian, Dufferin and Dupont has some very unique drinking destinations.

Take The Lockhart, a Harry Potter-inspired cocktail bar, or The Greater Good, a bar with vintage arcade games. 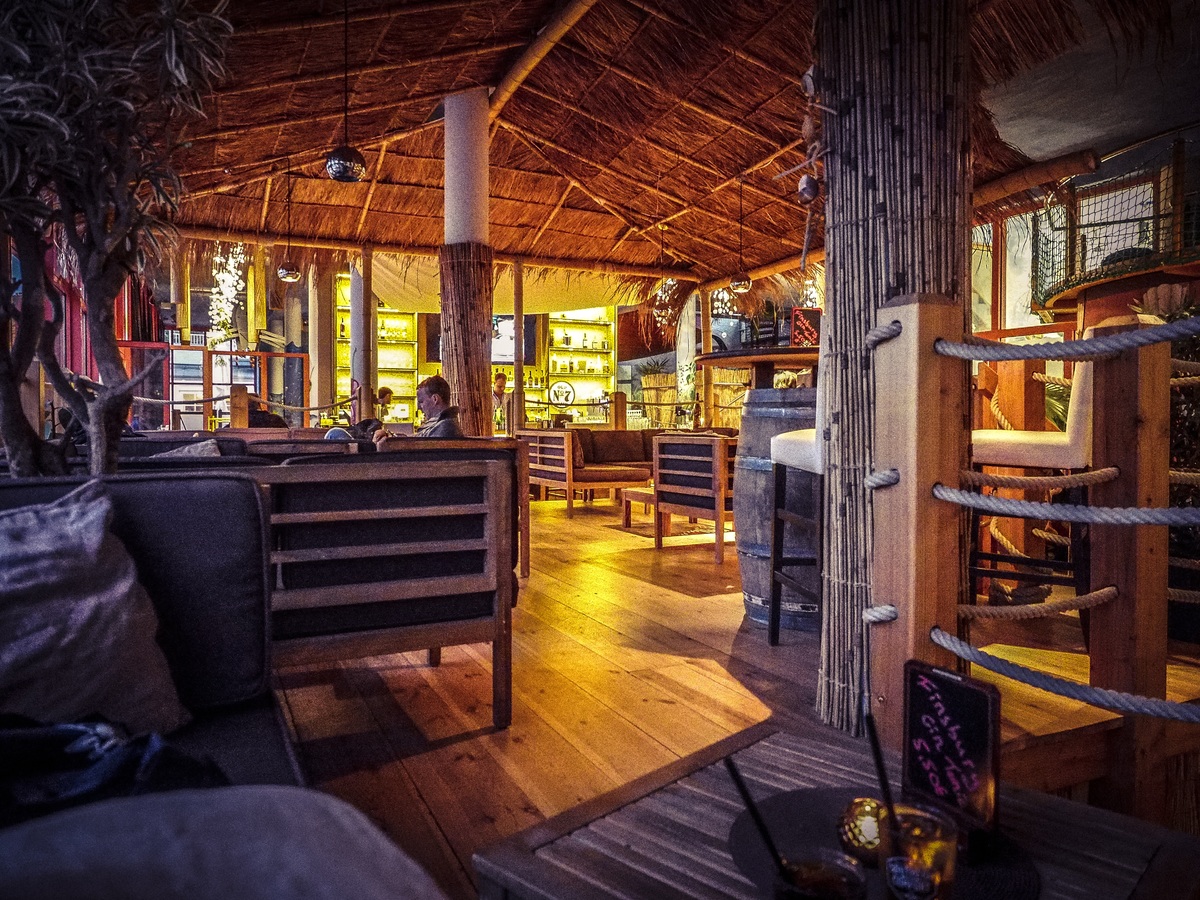 Wenona Craft Beer Lodge has a lakeside-cottage vibe which makes visitors feel like they’re in a forest (Pxhere). Residents of Galleria Condos can celebrate Spring with the bloom of cherry blossoms.

Galleria On the Park is almost a city within a city.

Everything you need is here, whether its luxury residences, incredible amenities, convenient retail, or sweeping green-spaces.

And for everything else there’s Dufferin and Dupont.

Want to know more about Galleria Condos? Contact me below with your details.

1 comment for “Galleria On The Park Condos – Preconstruction Property”