Toronto’s housing market will see some major changes in 2023.

Two of the biggest include Toronto’s Vacant Home Tax (VHT) and The Prohibition on the Purchase of Residential Property by Non-Canadians Act.

The goal of both policies is to increase housing supply, curb rising home prices and generate revenue.

However, the policies have their share of critics and may not be as effective as promised.

So let’s examine the VHT and Foreign Buyer Ban, their potential impact on the housing market, and how they affect home buyers, sellers, investors, and renters.

What is the Vacant Home Tax? 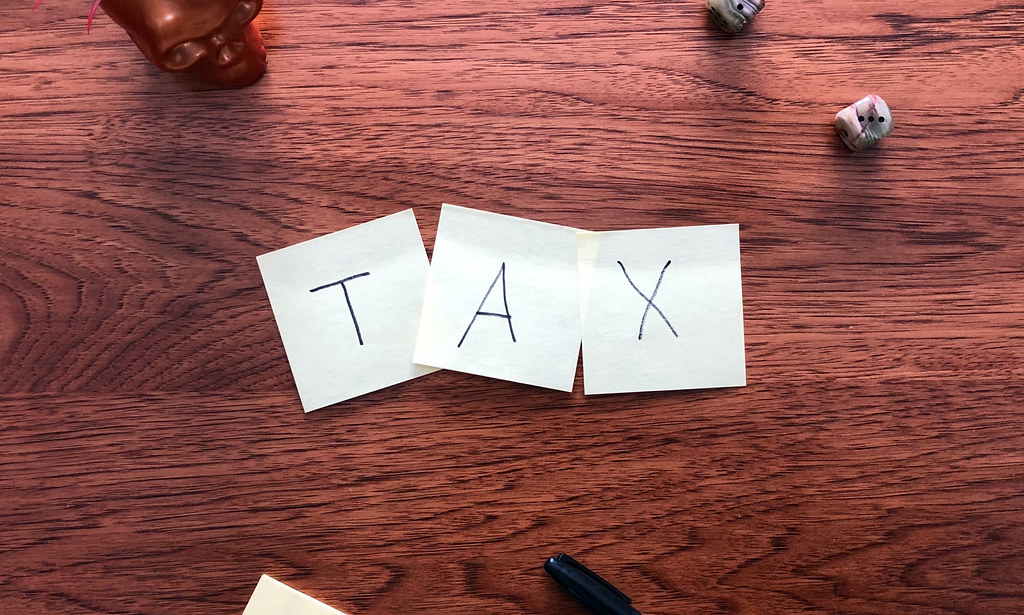 Will you have to pay the Vacant Home Tax? (SurveyHacks.com)

A property is considered vacant if a) if it’s not used as the owner’s primary residence or b) is unoccupied for 6 months or more during the previous calendar year.

All homeowners must declare the status of their property every year (even if they live there).

How is the Vacant Home Tax Calculated?

The Vacant Home Tax is equal to 1% of a property’s Current Value Assessment (CVA).

For example: the owner of a $1 million-dollar property would have to pay an annual tax of $10,000.

When is the Deadline for the Vacant Home Tax?

The deadline for declaration was February 2nd.

However, it’s been extended to the end of the month after 15% of homeowners failed to declare their property status on time.

No fines will be issued for those who missed the original deadline.

However, declarations made after the new February 28th deadline will result in a $250 fee, while false or misleading statements can carry fines up to $10,000.

How to Pay the Vacant Home Tax

The easiest way is to use the city’s online declaration portal.

You can also request a paper declaration form.

Exemptions to the VHT

The most common exemptions to the Vacant Home Tax include:

Goals of the Vacant Home Tax

The first is to increase the availability of housing by encouraging homeowners to either live in or rent out their properties.

The second goal is to raise between $55-66 million in tax revenue for the city.

Revenue from the tax can then be used to fund affordable housing projects.

Impact of the VHT on Homeowners 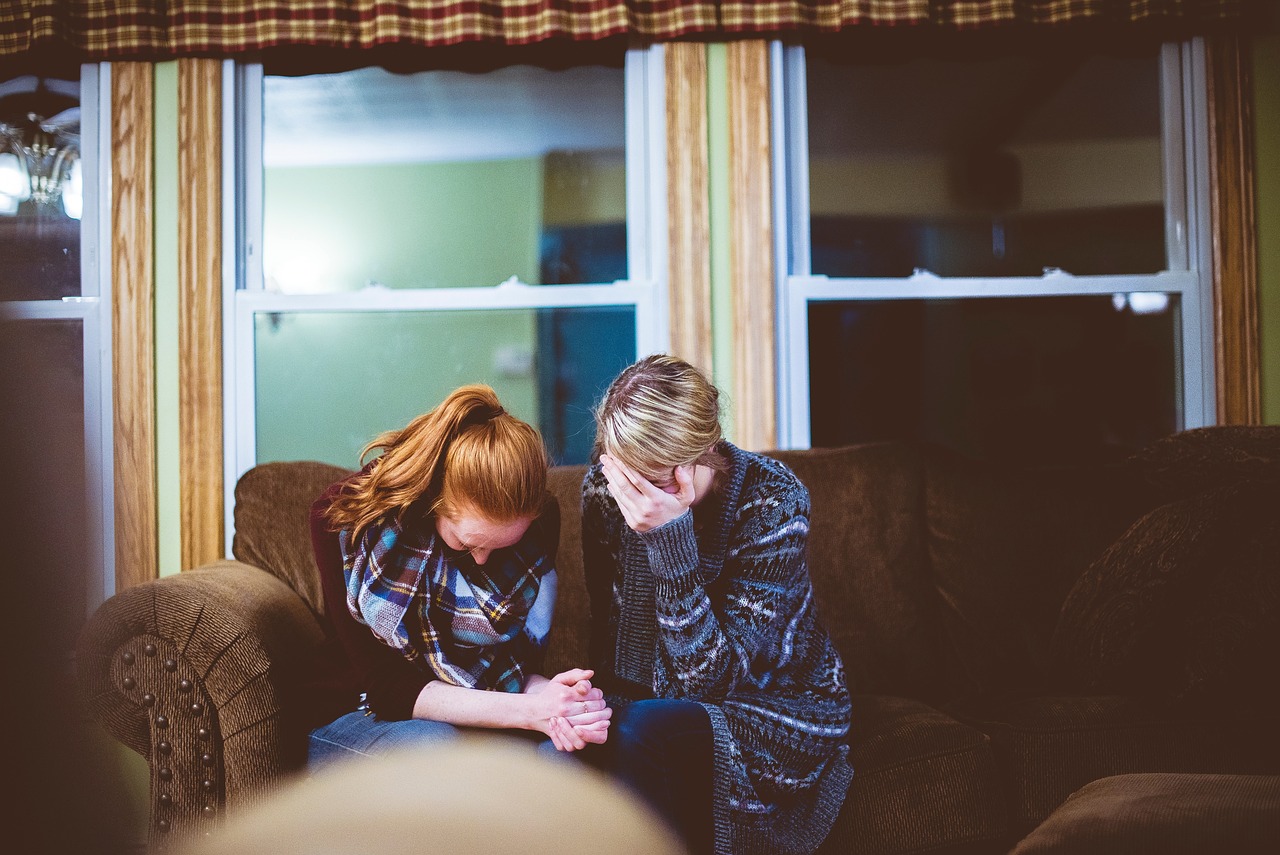 Should you be worried if you own a home? (Pixabay)

The good news is that most Torontonians will not be affected by the tax.

In the words of mayor John Tory:

So the tax only affects a small number of homeowners.

Impact of the VHT on Inventory

One benefit of the VHT is to add much-needed supply to the market.

According to The Star:

The city isn’t sure how many homes are sitting empty, but based on utility consumption, it estimates there could be between 9,000 and 27,000…

While thousands of units coming on the market won’t fix Toronto’s housing crisis, it would certainly alleviate it.

For example, 27,000 new rental units would be a huge boon for those who can’t afford to buy a home.

By adding more supply to the housing market, the Vacant Home Tax may help bring down home prices.

However, the estimated 9,000 to 27,000 new units mentioned above won’t have a significant impact.

As The Star reports:

Wealthy investors with multiple properties usually don’t buy small condos, so many of those units will remain out of reach for first-time buyers.

The Vacant Home Tax will affect sellers more than buyers.

A total of 40 per cent of those polled at the end of last year said that they intend to sell their investment property [as a result of the tax].

Although more supply means less competition, sellers may increase the asking price if they have to pay the VHT.

Furthermore, 28% of homeowners plan on renting out their properties instead of selling, which is great news for renters but not buyers.

Finally, a whopping 30% of homeowners polled said the tax won’t affect them at all.

That means the overall impact of the VHT on home sales and prices may be modest at best.

What is the Foreign Buyer Ban? 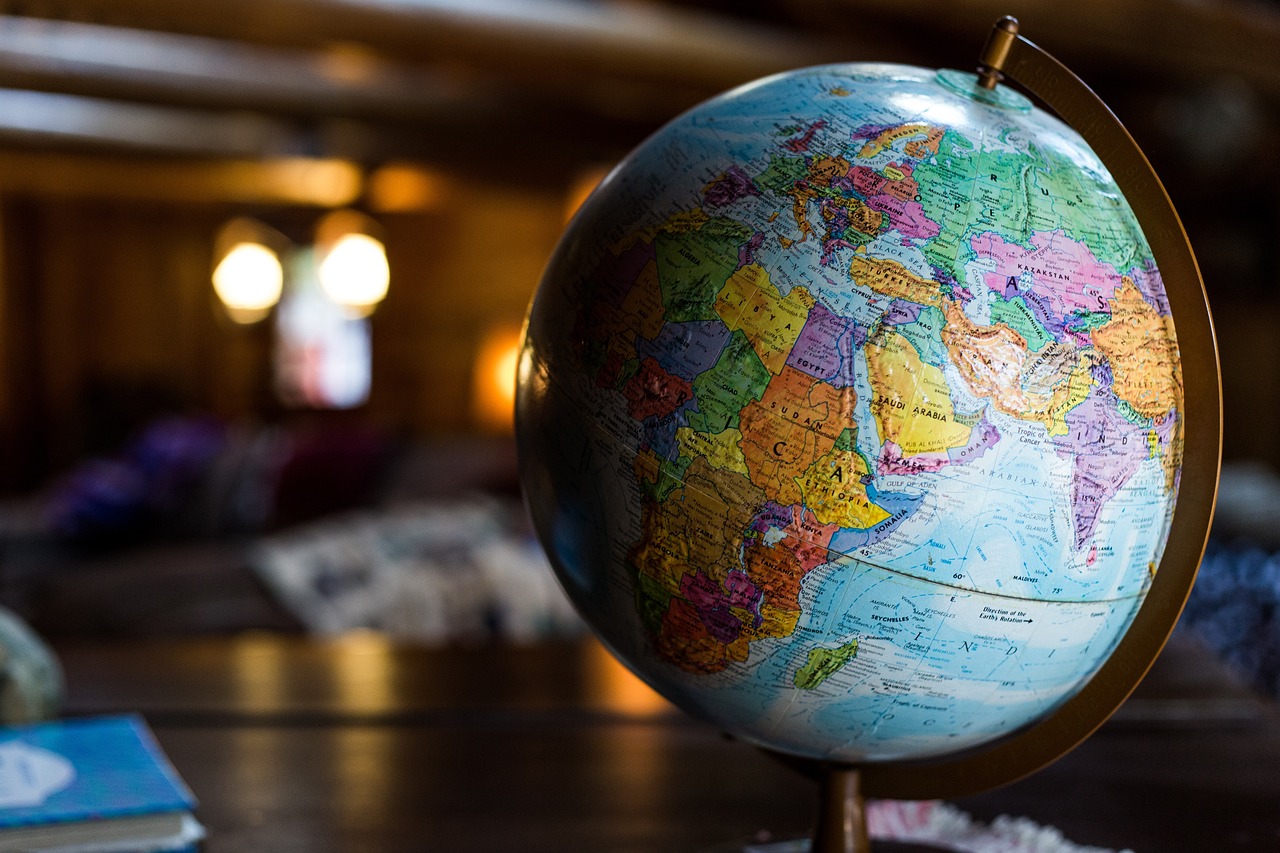 Also known as The Prohibition on the Purchase of Residential Property by Non-Canadians Act, the ban prevents non-Canadians from purchasing residential property in Canada for 2 years.

The act defines residential property as “buildings of up to 3 dwelling units and parts of buildings, like semi-detached houses or condominium units.”

The law goes into effect on January 1, 2023 and will be repealed after 2 years.

Exemptions to the Foreign Buyer Ban

The act does not apply to the following individuals (provided they meet certain criteria):

Goals of The Foreign Buyer Ban

Finance Minister Chrystia Freeland says the ban on foreign ownership of homes is needed to curb house prices in Canada and prevent them from rising so high as to push working-class and young Canadians out of the real estate market.

By barring foreign buyers, the act aims to make housing more affordable to Canadians who have been priced out of the market.

Impact of The Foreign Buyer Ban 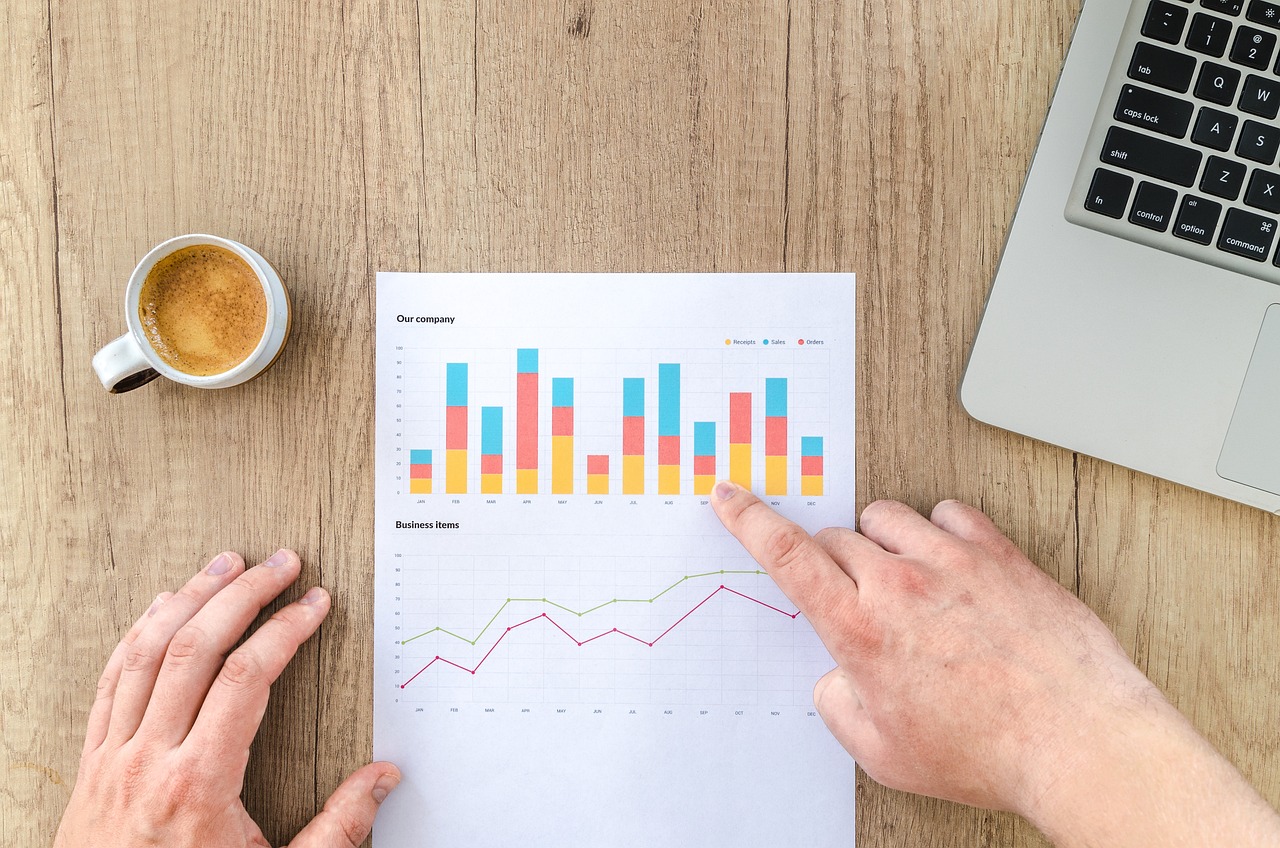 Unlike the Vacant Home Tax, there’s no specific data for the Foreign Buyer Ban (Pixabay).

As the CBC explains:

CBC News repeatedly asked the federal government whether it had conducted any modelling on the ban’s potential impact on house prices. In response, CMHC indicated the government had not carried out any such analysis.

Because there’s no previous data to analyze, it’s unclear how the ban may affect the housing market.

But critics point to New Zealand as an example of why the ban may not work.

Prior to New Zealand’s 2018 ban, 2.9 per cent of homebuyers were non-residents. Their number has since dropped to 0.4 per cent — yet house prices continued to soar, reined in only by this year’s interest rate hikes.

Like New Zealand, home prices in Canada may continue to climb despite the ban.

Foreign buyers also make up less than 4% of residential property owners in Canada, so the ban’s impact on home sales and prices would likely be minimal.

However, combined with the Vacant Home Tax and rising interest rates, it may help to free up inventory, cool competition and bring down prices. 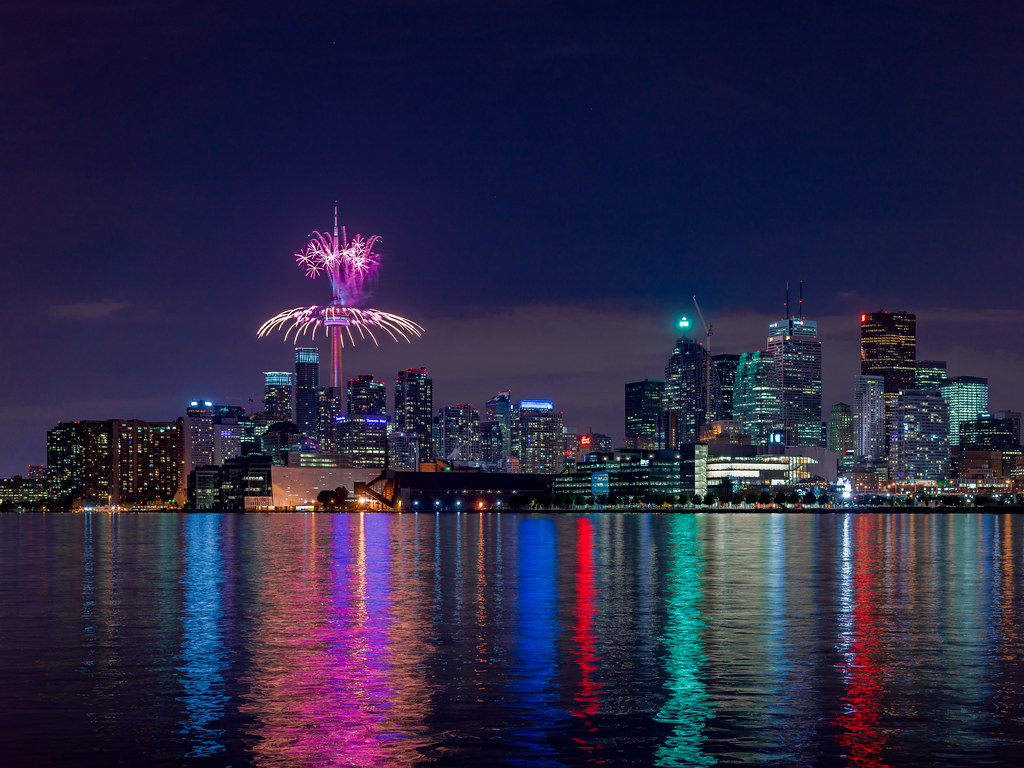 2023 is going to be a pivotal year for Toronto real estate (Duncan Rawlinson, Flickr).

However, the former won’t affect most homeowners, while the latter applies to less than 4% of all buyers.

But together these two policies, along with rising interest rates and higher mortgages, may have some success in freeing up inventory and bringing down prices.

Want to know more about the Vacant Home Tax or Foreign Buyer Ban? Simply contact me below!